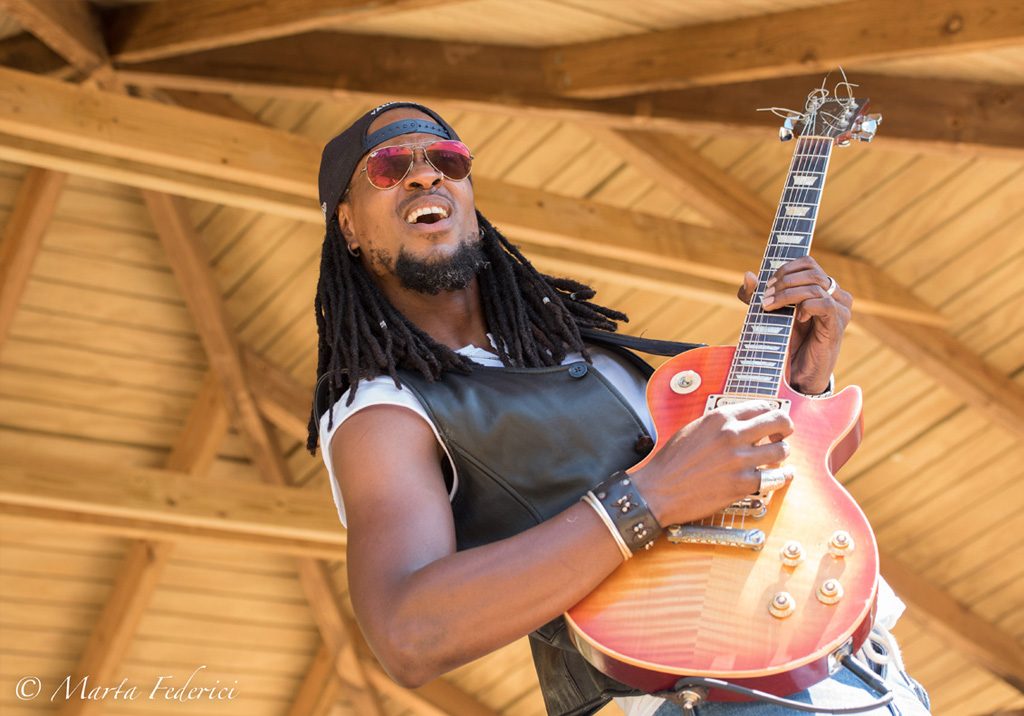 Former West Indies all-rounder Omari Banks is back in India, only this time it is for his maiden reggae gig in the country as opposed to a cricket match.

“There are still some artists in the Caribbean who are saying the same things as Bob Marley did and promoting conscious reggae music. There is not a lack of issues to sing about.” It’s perhaps the only time Omari Banks, a former West Indies cricketer who featured in 10 Tests and five ODIs in the early aughts, breaks away from his generally jovial disposition and gets all serious.

The perennial smile turns into a deep gaze. This is Banks insisting that the relevance of Reggae music-which is what he’s been asked about only hours after he’s landed in Mumbai- in a society seeped in “materialism”, which’s still as significant as it always was. The reason, according to him, of course, is that the “issues” the late Marley focused his music around remain as relevant as they always have in the Caribbean.

“There’s still racism, economic sanctions, poverty, crime, bad leadership and the International Monetary Fund. The same issues and rebellions are happening. And the message that my music conveys is about love, unity and bringing people together,” he explains. It’s this “message” that the 35-year-old, who was described as “a cross between Bob Marley and Bob Dylan” in The New York Times is planning to spread along with the awareness of Reggae on his first visit to India as a musician.

Banks has been here twice before but both times in his previous avatar as a cricketer. His first was with the West Indies A team and the second with Somerset in 2009 for the maiden Champions League T20 tournament.

Vivid memories
It was back when he was an off-spinning all-rounder, who starred in a world record-run chase in only his second Test, and a useful county cricketer who finished his final first-class season as the joint best all-rounder in the Caribbean along with Darren Sammy. And the one aspect of India that Banks remembers most vividly from back then is the vibe of the people here.

“We played against Deccan Chargers in Hyderabad, and when VVS Laxman came out to bat, the noise and energy was amazing. I was a big fan of his batting, and my present favourite Rohit Sharma used to play for them as well, and the ease with which they batted. You enjoy watching them bat even when you’re playing against them,” Banks recalls.

While Banks has seamlessly swapped the cricket field for the world stage over the last few years, cricket does have a role to play in the timing of his trip to India, which he’s dubbed the Reggaelution.

“Darren Sammy had mentioned to me about coming to India and promoting my music in the past. And I thought with the IPL on, and the country’s focus on cricket, this was the perfect time to do that,” says Banks, whose father Bankie Banks remains one of reggae’s living legends.

Banks counts the likes of Chris Gayle and Dwayne Bravo as his contemporaries from long before they were cricket’s globe-trotting millionaires and had boasted of hyperbolic monikers.

It’s in Pune on Saturday that Banks will take the stage for his maiden gig before spending the following week in Mumbai. Gayle and Bravo will incidentally be in Pune too at the same time with their respective teams set to clash a day later at the MCA Stadium. And Banks is already pleased with the support he’s received from his former teammates. Bravo even posted a video on his Instagram promoting the man who once gifted him a bat back in his junior cricket days.

“Whenever I meet Gayle, he’s still the same Chris Gayle for me. I don’t see a big personality change when I meet him. Bravo and Sammy are the same too. I’ve seen how their success has catapulted them far down the road and they seem like the same people I knew from before,” he says.

Latest release
Banks also plans to release his latest music video Reggae Summertime during his visit, and reveals that it’s a song that encapsulates his home island of Anguilla. It won’t be his first attempt at putting his homeland on the world map. In 2003, he’d became the first-ever international cricketer to emerge from Anguilla. It was a feat for which he received a motorcade and a parade.

“Not a lot of people know about Anguilla. It’s got a happy feel and the summer vibes and bounce. In the video, you’ll see the different aspects of Anguilla being captured,” he says.

It’s also a song, he admits, that will talk about the inspirational effects of reggae music, especially at a time it’s struggling to hold its own, to the extent that it didn’t even get air-time during last year’s Grammy Awards. For, like he says, “There’ll always be enough to sing about.”