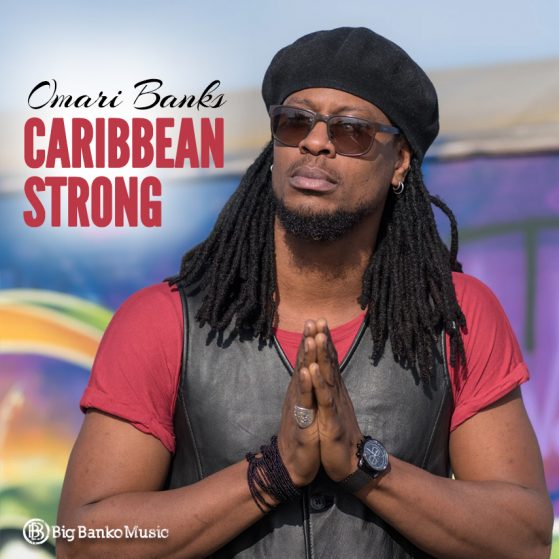 Available now on:
Update Required To play the media you will need to either update your browser to a recent version or update your Flash plugin.

Since Hurricane Irma furrowed a path of destruction throughout the Caribbean, reggae, rock, blues singer-songwriter Omari Banks has been hard at work with his fellow Anguillan working on cleaning and restoring their beautiful island.

Taking Heed to Bob Marley’s famous quote “One good thing about music, when it hits you, you feel no pain.”, Omari recently wrote #CaribbeanStrong to declare to the world the strength and resilience of the individual islands, and to contribute with his given talent. One hundred percent of the single’s proceeds will go directly to APANY (www.apanydonate.org). “Omari Banks is truly an inspiration. His merging of cultural expression with a mature and profound social awareness is symbolic of the Caribbean style. It is refreshing to see his art-form used to aid and assist the people of his native land.” Leonard Richardson M.D., President BALT APANY.

“Special thank you to Our Musical Ambassador, International Artiste, former West Indies Cricketer Omari Banks on his soon to be released single “Caribbean Strong”  a song written about the destruction and hope after the storms in the Caribbean.  Omari will donate 100% of the proceeds on itunes to APANY.” stated Maxine Duggins of the Non-profit 501(c) (3) Organization, the Anguilla Progressive Association of New York.

“We are one people, when one suffers we all feel the pain. I dedicate this song to the people of the Caribbean who have lost so much in the past few weeks because of the impact of some the most dangerous Hurricanes passing in our region. #CaribbeanStrong” Omari Banks

The single will shortly be available on all major online digital stores.