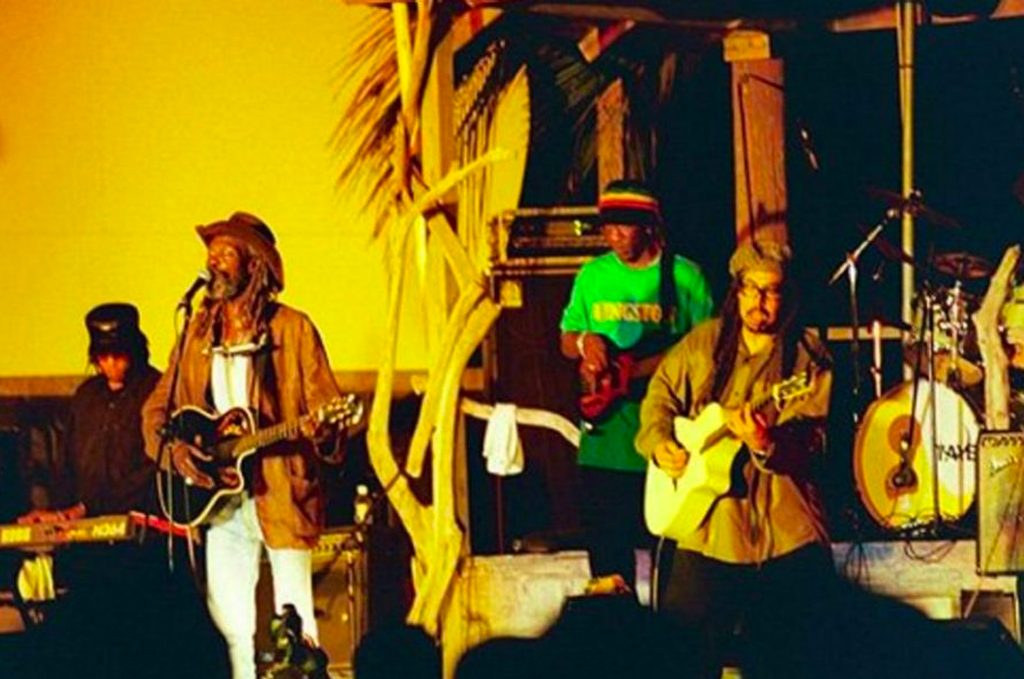 Sun, sand and sea — while this is usually the quintessential jargon attached to the carefree essence of several Caribbean islands, the small isle of Anguilla boasts something much richer, daring to add one more element to the pot: music. The country’s three-dayMoonsplash reggae festival, considerably the oldest of its kind in the Caribbean, almost seamlessly goes hand-in-hand with its “too cool for school” vibe. This vibration, unlike more widely-known music festivals, boasts an authenticity that can’t be bought.

Often considered the “best full moon party in the Western hemisphere” by locals and visitors alike, Moonsplash does away with the pretentious fringe frocks, faux suede chaps, bandana head bands, and other makeshift fashion “staples” attendees of other mainstream festivals exclusively attend for. Instead, the music is made the star of the show, with widely traveled — and heavy pocketed — “Moonsplashers” being the first to acknowledge such.

Extending along the vibes of Coachella, South by Southwest and the like, another element in which Moonsplash differs in is its size. Intentionally, the attendance is left at a controlled and deliberately concentrated number, around 500 at max, forcing attendees to mix, mingle and jam without the hustle and bustle of overpopulation.

If that doesn’t sound too good to be true, consider this: The entire course of the event takes place on one of the Caribbean’s cleanest and most picturesque beaches, adding to the element of “chill” that can’t be beat. The stage is built in famed beach bar The Dune, which seems like a makeshift poop deck resembling something straight out of Robinson Crusoe, but with just enough character to be considered selfie-worthy by the millennials and authentically reminiscent for the older crowd.

In past years, the festival has attracted major fanfare for its unmatched lineup of Caribbean and International talent ranging from the likes of Tarrus Riley and Buju Banton to John Mayer andNas. The organic “vibey” atmosphere even prompted Justin Bieber, who was on the island one year strictly for leisurely reasons, to hop on stage and slay the guitar for a few moments.

This year, however, while the lineup was not as noteworthy as years prior, the richness of the showcase was not sacrificed. With local talents like the Banx family — consisting of the festival’s founder and local reggae star Bankie Banx, his son, former famed West Indies cricketer-turned-contemporary reggae favorite Omari Banks — Tony Rebel, British Dependency, Mighty Mystic, Connis, and several others, the show remained an exclusive access to reggae perfection.

The show opened with Natalie Richardson, an up-and-coming local act who gave a performance of covers starting off with a reggae spin on Adele’s smash “Hello,” followed by the reggae classics “Is This Love?” by Bob Marley and the Sister Nancy favorite “Bam Bam.” Not letting her set end on someone else’s note, Natalie closed things out with a performance of her new single “Dumb” — think Beyoncé’s “Irreplaceable” but instead of “you must not know ‘bout me,” she’s questioning her deranged ex’s intelligence. You know how it is.

Following Natalie was the heir to the Moonsplash throne, Omari Banks, who commanded the stage with a Jimi Hendrix-reminiscent presence. Rocking a multicolored “Rolling Stones” cut-off tee, a bandana, leather pants and his signature dreads, Omari showed, in the revered words of Big Freedia, “He did not come to play — He came to slay.” After adding his reggae-rocker spin to a series of Bob Marley classics, himself, Omari welcomed his dad to the stage for a duet of sorts, performing his four-year-old hit “O Africa.”

Following the collaboration, it was time for Omari to go solo, breaking out into his original cut “No Point to Prove” that seemed to be a bonafide hit, judging from the familiar faces and lips of the crowd. It wasn’t until he ventured into his newest single “System Set” that the crowd let out a collective gasp. The nearly acoustic cut boasts an air of authentic grit with cutting lyrics like, “Know what you’re fighting for. You think you’ll even the score… Are you willing to start back from zero.” The perfect way to end a pretty flawless set.

The talents showcased at Moonsplash left attendees feeling like they hopped into a time machine, watching the reincarnations of first Hendrix and now Marley with the effortless swag of Mighty Mystic. As he began his set though, some would say he had a bit of a setback as the rain began to pour on the open stage, but in true professional fashion, he used it to his advantage, showing that rain don’t stop the ‘fest.

Adding to the drama of the elements, Mystic unleashed his 20-inch dreads, coupling their freeform movement with his voice that seemed to constitute the perfect blend of soft vibrato and that signature reggae edge that only a handful of artists boast. Performing his own cuts like “Revolution” and “Cali Green,” Mystic had patrons coming out of shelter, bolting to the front of the stage to see him up close and personal, and the treat they were served far surpassed the aftermath of a drizzle.

The show continued the next day with talent recognized both Caribbean-wide and internationally. Jamaican reggae DJ Tony Rebel took the stage before welcoming Bankie Banx, who randomly brought a slew of talent to the stage, including Connis who did a live rendition of Bob Marley’s “Redemption Song.”

Following this empowering moment was local band and captivating performers British Dependency. The two lead vocalists of the group, Ishmael Levi and Joyah delivered a positively polarizing performance and visual aesthetic that made it difficult to turn away. With Ishmael’s apparently signature sulk and Joyah’s leather booty shorts paired with eight inch platform booties and animatedly staccato movements, their set was much more than a musical masterpiece.

Bringing the night to a new high, however, was Omari and his father, Bankie, rejoining several of the acts on stage to perform an impromptu tribute to Prince. The song of choice: “Purple Rain.” With lavender strobe lights, and a fog machine in tow, the stage looked like something out of a movie, but while the set was embellished in the Purple One’s memory, the performers kept it simple and holistic in their performance, leaving it all about the music.

From seasoned talent to fresh faces, Moonsplash was the stomping grounds for both reggae’s elite and next in class. With the perfect backdrop of the Anguillian beaches, the event turned out to be not an attraction for touristic entertainment, but rather the cultured unwinding for a traveler’s mind. After all, as it’s said in the paradisiacal isle, “Anguilla is not for the tourist; it’s for the traveler.”